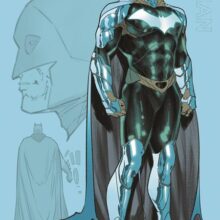 The Conclusion to Joker War on Presale at 35% Off Cover Price!

“The Joker War” comes to a city-shattering conclusion as Batman battles The Joker in a brutal, no-holds-barred duel! This is a fight 80 years in the making, and its outcome won’t just change Batman’s life—it will change Gotham City for years to come! Plus, catch the first glimpse of the new villain known as Ghost-Maker! And after the senses-shattering conclusion… Read more →

“The Joker War” starts in earnest with July’s Batman #95, with each upcoming issue of the series playing a pivotal role in the prelude of the story.  “In issue #93, you see [Batman] go head to head with the Designer, and we reveal the big secret behind the Designer,” Tynion said. “In #94, we set things in motion for ‘The Joker War.’ This… Read more → 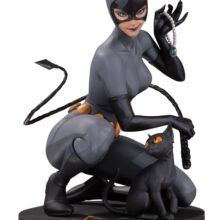 DC DESIGNER SER CATWOMAN BY STANLEY LAU STATUE DC COMICS Based on one of Stanley “Artgerm” Lau’s popular Catwoman variant covers, this beautiful DC Designer Series statue is classic Catwoman all the way. This 1:6 scale statue conveys all that is the character of Catwoman as she is seen with her iconic whip, a stolen jeweled necklace, and her cat… Read more → Save 35% off cover price when you preorder! Read more →