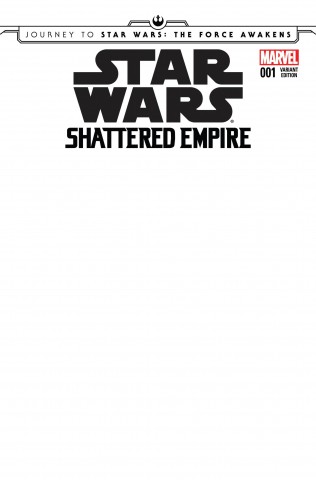 Greg Rucko and Marco Checchetto Explore the Aftermath of Return of the Jedi in Marvel Comics Prequel to Star Wars:  The Force Awakens!

Rucka, the acclaimed writer of Wolverine and Cyclops, reteams with his collaborator on the Punisher, Marco Checchetto, for a Star Wars tale that will reveal the untold story of the aftermath of the Battle of Endor and the political machinations that ensued.  The Rebellion’s desperate struggle to liberate the galaxy from the Empire’s tyranny will face new challenges, and Rucka and Checchetto will bring their incisive storytelling to a story that no Star Wars fan will want to miss.

A new addition to the Star Wars canon, Star Wars:  Journey to the Force Awakens:  Shattered Empire will take readers into uncharted territory and set the groundwork for the new Star Wars film.

There are no reviews yet.