LCSD 2018 is this Saturday November 17th and here are the variants that are exclusive to this event!

Limit one per person.  First come first served.  There will be no holding or preselling of these exclusives before or on the day of the event. 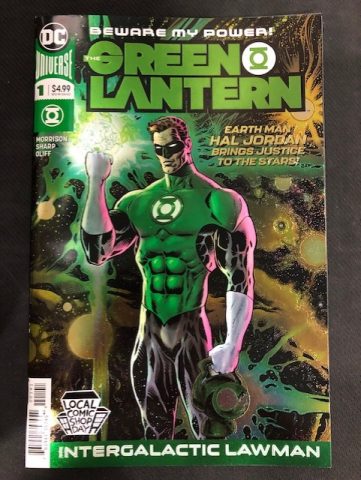 LCSD 2018 GREEN LANTERN #1
DC COMICS
(W) Grant Morrison (A/CA) Liam Sharp
Superstar writer Grant Morrison (Batman, All-Star Superman) returns to DC alongside red-hot artist Liam Sharp (The Brave AND the Bold, Wonder Woman) to launch a new, ongoing series: THE GREEN LANTERN!
In this debut issue, when Earth’s space cop, Hal Jordan, encounters an alien hiding in plain sight, it sets off a chain of events that rocks the Green Lantern Corps-and quite possibly the Multiverse at large-to its very core. There’s an inter-galactic conspiracy afoot, as well as a traitor in the GL Corps’ ranks, so strap in for more mind-bending adventures in this masterpiece in the making. 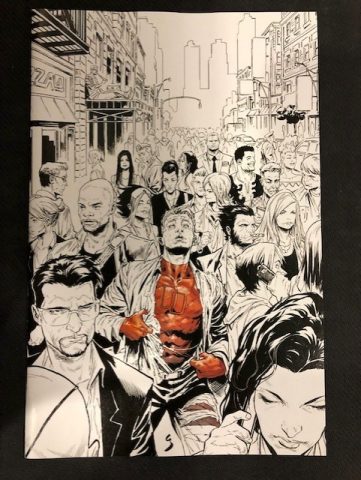 1 COPY FOR EVERY 20 COPIES ORDERED OF LCSD 2018 UNCANNY X-MEN #1 DEODATO VARIANT. THIS ITEM IS ONLY AVAILABLE TO PARTICIPANTS IN LOCAL COMIC SHOP DAY 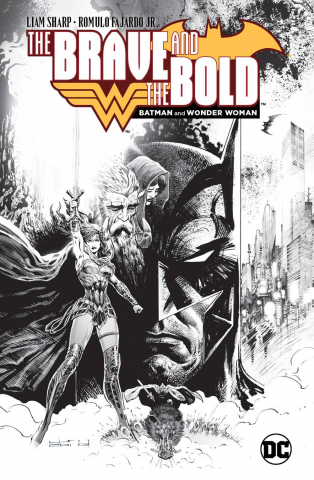 LCSD 2018 BRAVE AND THE BOLD BATMAN AND WONDER WOMAN HC
DC COMICS
(W/A/CA) Liam Sharp
This special version of the new THE BRAVE AND THE BOLD: BATMAN AND WONDER WOMAN hardcover features a black and white version of the cover art by Liam Sharp!
When a Celtic god’s murder leads to a war between the fairy folk and a possible breach between worlds, Wonder Woman must find the murderer and keep the peace while Batman investigates strange occurrences in Gotham City. As Diana must turn to the World’s Greatest Detective for help, the two heroes quickly learn their cases may be connected. Collects the entire six-issue miniseries. 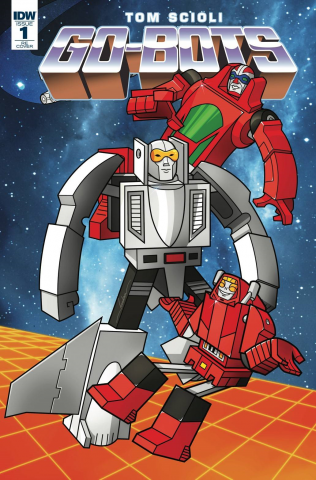 LCSD 2018 GO-BOTS #1
IDW PUBLISHING
(W/A) Tom Scioli (CA) Diego Jordan Pereira
Go-Bots have changed our way of life. Leader-1 is a self-aware fighter jet on a hostage rescue mission with his partner, Commander Nick Burns. Scooter is the personal transport and best friend to undergrad A.J. Foster. Turbo is Matt Hunter’s transforming race car in the hottest sport in America, Go-Bot Racing. Cy-Kill is the champion of the illegal, underground Go-Bot Fighting League. A sophisticated sci-fi epic from the visionary creator that brought you Transformers vs. G.I. JOE. They say they’re here to help us, but are they here to replace us? This Local Comic Shop Day edition will have NEW content that will NOT be available in the regular editions of this comic, as well as a new cover by artist Diego Jourdan Pereira. 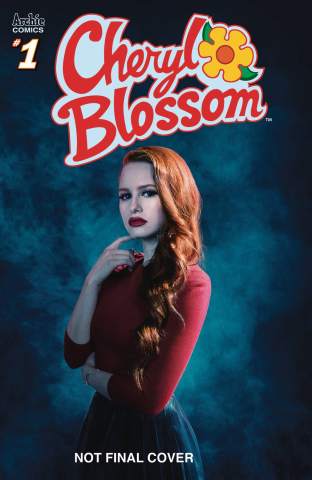 Back in print for the first time, here’s 20 pages of Riverdale’s other famous red-head, the alluring and always entertaining Cheryl Blossom! Watch out, Archie — that red-hot seductress, Cheryl Blossom, is back in a big way! By popular demand, we’ve collected some of the best Cheryl stories of her original 1990s series in this comic extravaganza! 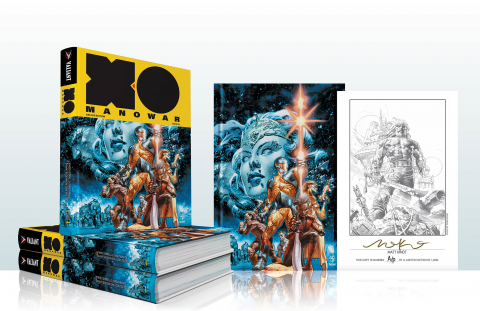 Deep within the far reaches of space, the dogs of war have found Aric of Dacia. Conscripted into an alien army and forced into combat, Aric must enter an alien battlefield unlike any he’s faced before. His only hope for survival is also the source of his greatest rage – the living suit of armor known as X-O Manowar. With it, he will decimate armies, topple empires, and incite interplanetary warfare as he rises from soldier… to general… to emperor! They wanted a weapon. He will give them war!

The X-O MANOWAR by MATT KINDT DELUXE EDITION BOOK 1 HC features the full first year of Matt Kindt’s celebrated run in complete chronological order, featuring art by master storytellers Tomás Giorello (BLOODSHOT REBORN), Doug Braithwaite (ARMOR HUNTERS), Clayton Crain (RAI), Ryan Bodenheim (The Dying & The Dead), and more in a series named one of 2017’s best by SYFY Wire, ComicBook.com, IGN, and many others! Plus, an assortment of extras and material that has never before been collected in one place! Limited to only 1,000 copies, this LCSD-only, numbered edition is signed by Mr. Kindt and will feature a unique cover treatment comprised of a die-cut dustjacket and gorgeously rendered virgin cover artwork by Lewis LaRosa (BLOODSHOT SALVATION)!

Collecting X-O MANOWAR (2017) issues 1-14, material from the Valiant Free Comic Book Day 2017 issue, and “The Future” prelude short story from X-O MANOWAR #50, along with more than 20 pages of rarely seen art and extras for the ultimate X-O Manowar tale! 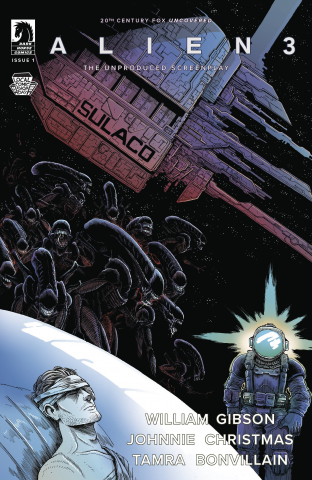 After the deadly events of the film Aliens, the spaceship Sulaco carrying the sleeping bodies of Ripley, Hicks, Newt, and Bishop is intercepted by the Union of Progressive Peoples. What the UPP forces don’t expect is another deadly passenger that is about to unleash chaos between two governmental titans intent on developing the ultimate Cold War weapon of mass destruction.

o Based on the original screenplay by Neuromancer’s William Gibson!

o Featuring some of the most famous characters in the Alien film canon: Hicks, Bishop, Newt, and Ripley. 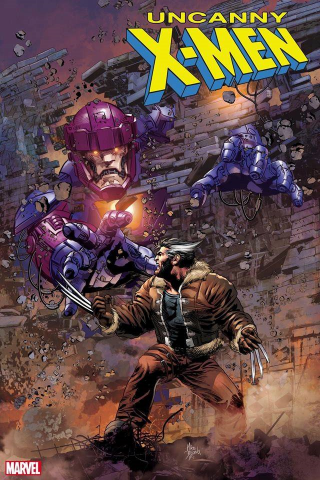 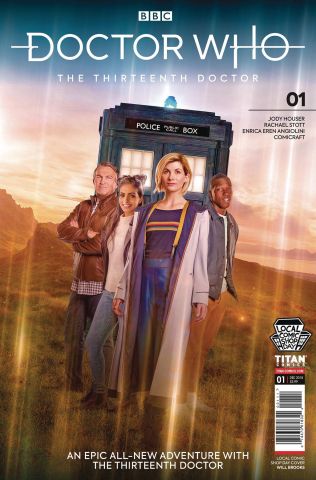 LCSD 2018 DOCTOR WHO 13TH DOCTOR #1 SET
TITAN COMICS
(W) Jody Houser (A) Rachael Stott (CA) Will Brooks, Photo
contains all 13 covers + 1 bonus cover.
bonus cover will be a photo cover of the new TARDIS crew by Will Brooks that is not available anywhere else. 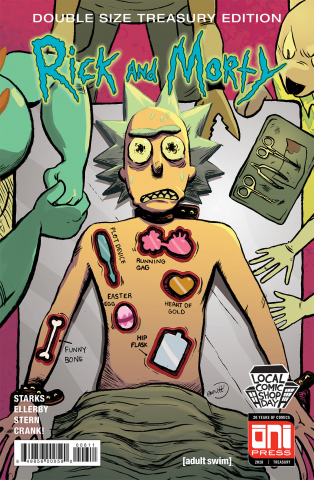 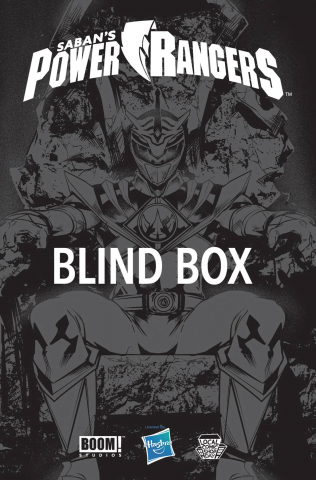 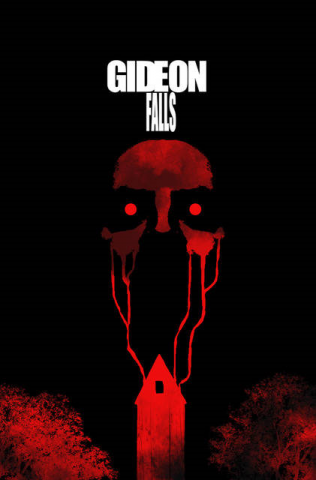 From the bestselling creative team behind Old Man Logan and Green Arrow comes a character-driven meditation on obsession, mental illness, and faith. The legend of the Black Barn-an otherworldly building alleged to have appeared and reappeared throughout history, bringing death and madness in its wake-ensnares and entwines the lives of two very different men.

Plus, this collection includes a variant cover gallery from some of comics’ best artists, including CLIFF CHIANG (PAPER GIRLS), JOCK (WYTCHES), SKOTTIE YOUNG (I HATE FAIRYLAND), and more! 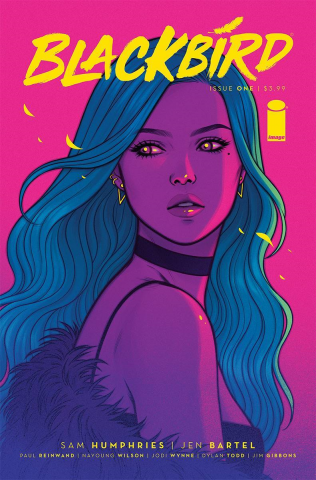 In this neo-noir fantasy, Nina Rodriguez is positive that a secret magic world ruled by ruthless cabals is hiding just beneath the veneer of Los Angeles. The problem: everyone thinks she’s crazy. The bigger problem: she’s not crazy – she’s right. Can she unravel the mystery before the Great Beast catches up with her?