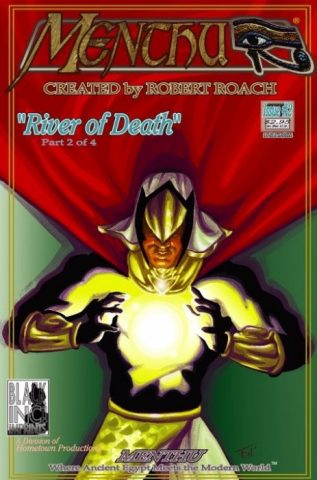 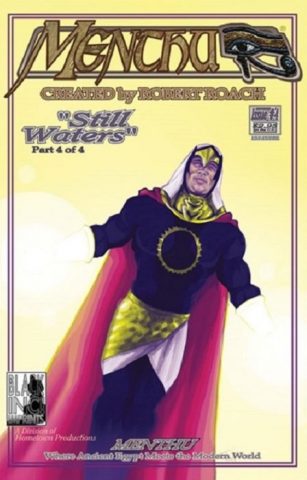 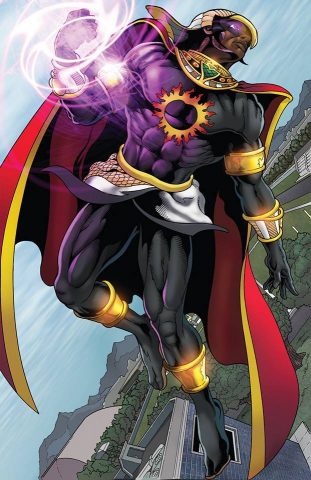 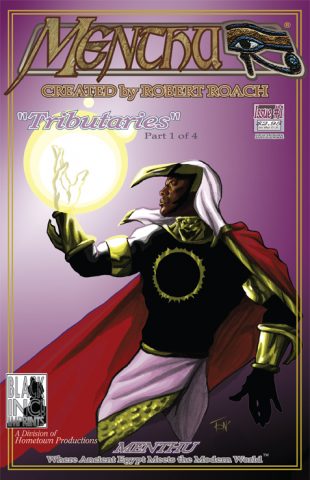 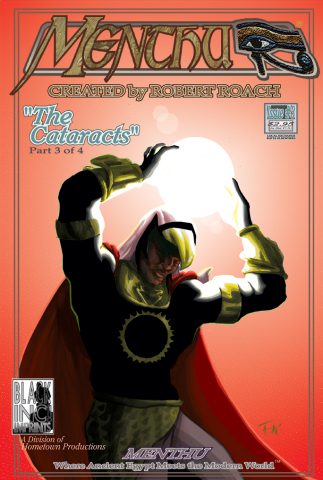 Menthu draws on Egyptian lore and mythology to tell exciting and action-packed new stories! Come check it out!

Menthu’s introductory 4-issue arc is, at its heart, a father-son story. This vibe—that Rashan N’Shanga is a good guy, trying to do good things, remains throughout. It’s a narrative about Rashan’s deeper discovery of himself—though a lot of Egyptian mythology, world travel, crazy characters & the like spice up this story’s recipe. The story will continue to take readers deeper into LA (more so than ANY other comic), across the country, across the world & across planes of reality.

Robert Roach is a Los Angeles based illustrator, comic artist & publisher. He’s also the winner of the first ever Glyph “Rising Star” Award for excellence in independent publishing & his work gets rave reviews from pros & fans alike.

He has worked professionally since 1992, as an illustrator or a storyboard artist for many films, videos, animated projects & TV commercials. Robert also teaches storyboarding, quick sketch techniques & other subjects at L.A.’s Otis College of Art & Design, doing so since May 2000. And he’s fluent in Japanese.

The Japanese has come in handy from time to time. In the entertainment industry, he’s translated for film executives (Sucker Punch), at Otis’ Jikei Program, various events & at New York Film Academy (NYFA). The skill has also allowed him to eavesdrop in plain sight–when Japanese people assumed there’s NO WAY someone looking like him could understand Japanese.

In regard to his comics, Robert’s 2 principal creative commodities, Menthu & The Roach, have earned both critical & popular acclaim. Concerning The Roach—an iconoclastic retelling of Prohibition era hoodlums vs. detective stories, with an enigmatic anti-hero—a detective/assassin known only as The Roach, at the action’s center—this project received the inaugural Glyph “Rising Star” award. The Glyph Awards recognize the best in comics made by, for, & about people of color from the preceding calendar year.

In fact, mega comics blogger, Mike Hamersky, called The Roach’s mini-series the best in 2009–including the “2 majors” & all “mid-majors.” However, Menthu hasn’t been a slouch by comparison. This present-day story based on Egyptian mythology, set in LA, received a 3.5 out of 4 Stars Review from Comic Buyer’s Guide magazine, a major industry periodical.