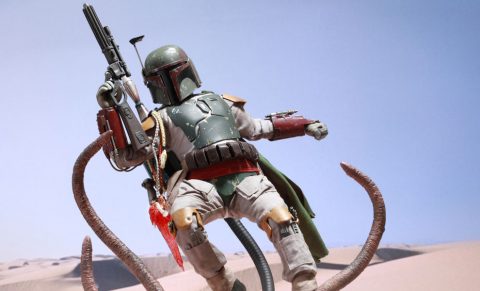 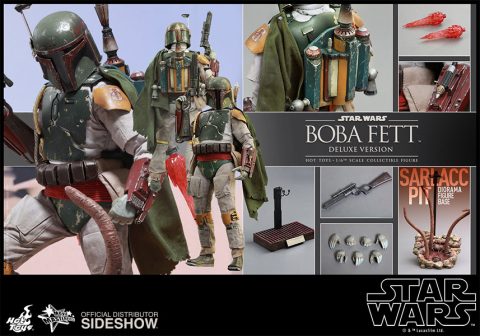 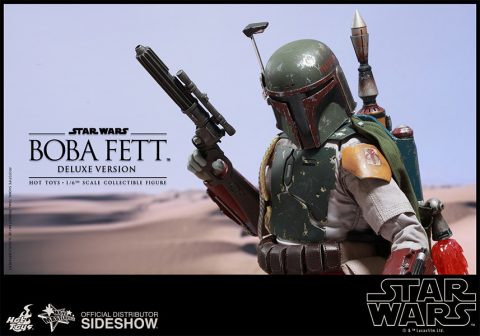 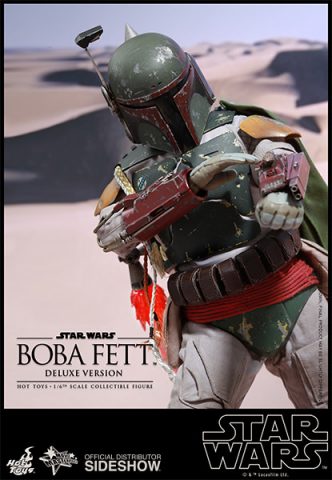 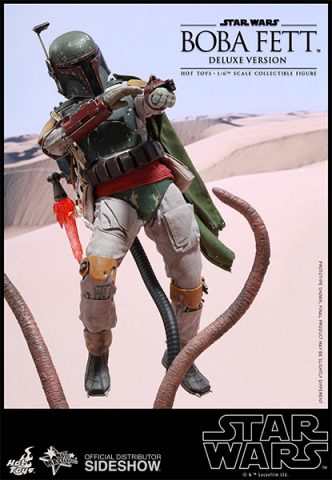 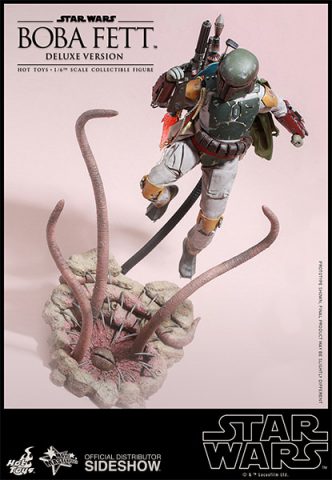 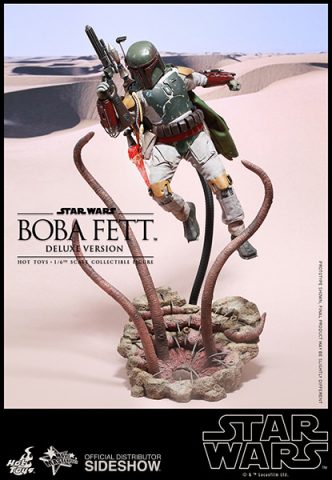 In Star Wars: Episode VI Return of the Jedi, Jabba the Hutt has sentenced Luke Skywalker, Han Solo, and Chewbacca to death by casting them into the Great Pit of Carkoon on Tatooine, but Luke Skywalker has saved themselves from the terrible fate by fending off the fearsome bounty hunter Boba Fett and Jabba’s minions! In a memorable moment in the film, Han Solo accidentally hits Boba Fett and knocked the Mandalorian down into the Sarlacc’s pit.

The highly-accurate collectible figure is specially crafted based on the image of Boba Fett in Star Wars: Episode VI Return of the Jedi. It features a finely sculpted Boba Fett helmet and armor, his signature jetpack, detailed weaponry, accessories, and figure stand. This deluxe version will exclusively include a specially crafted Sarlacc diorama figure base and two life-like jetpack thrust fire accessories!

This iconic bounty hunter deserves a spot in your Star Wars collection!

← Just in! Giant-size #xmen #1 #cgc 9.2 universal OW. Out of holder
Are you a fan of Sideshow figures? If so this giveaway is for you! Just like our Facebook page: legacy comics and cards and share the Facebook post for your chance to win this awesome coffee table art book of highly detailed figures: Capturing Archetpes vol 2 hardcover by #sideshow #sideshowcollectibles ! Make sure to comment on the Facebook post that you liked and shared to win! There will be 3 lucky winners chosen on May 4th! Good luck! →