We only have one of each of these amazing new Hot Toys Star Wars: A New Hope, Movie Masterpiece Sixth Scale Figures! 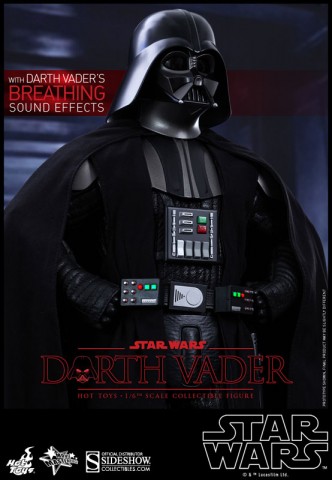 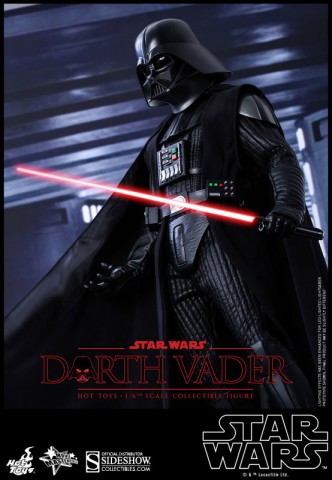 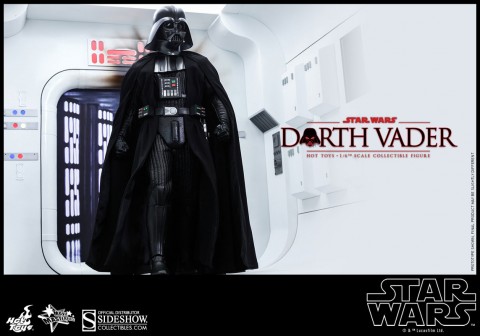 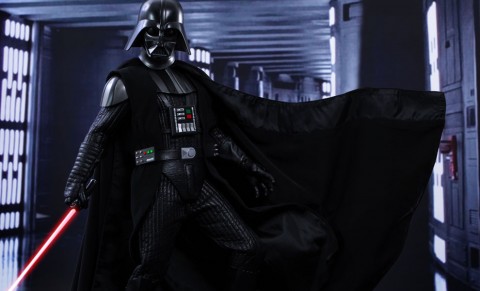 “I find your lack of faith disturbing.”

Darth Vader is one of the most iconic characters in the Star Wars saga and has frequently been regarded as one of the greatest villains in cinema history.

Embrace the dark side and add the infamous Dark Lord of the Sith to your Star Wars collection! 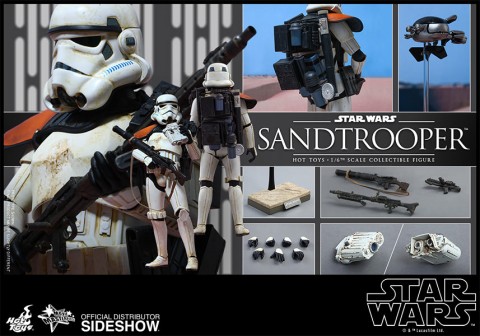 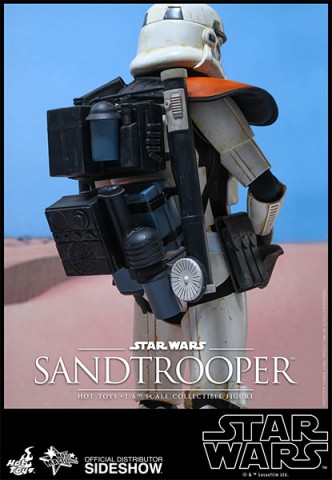 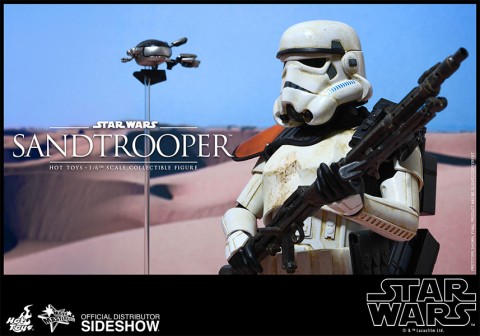 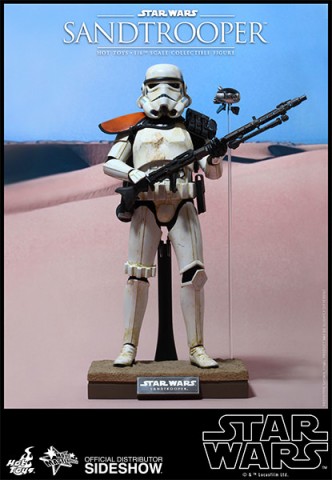 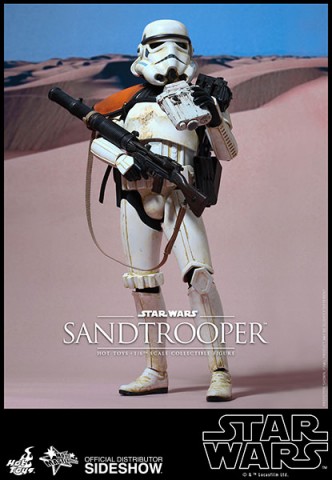 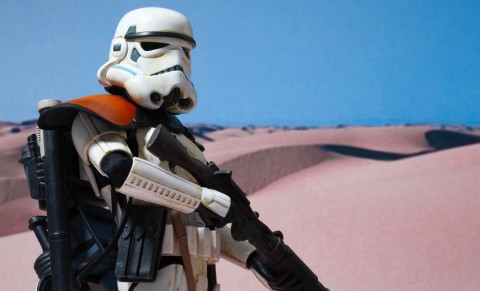 At Star Wars Celebration Anaheim, Hot Toys unveiled the Sandtrooper Sixth Scale Collectible Figure for the first time worldwide! Many fans were excited to see this trooper making his appearance and were in awe of the great detail on this imperial soldier! Sideshow Collectibles and Hot Toys are very happy to officially present the Sandtrooper Sixth Scale Collectible Figure from Star Wars Episode IV: A New Hope.

The highly-accurate Sandtrooper collectible figure is specially crafted based on the image of the Squad Leader on Tatooine. The specialized trooper features a meticulously crafted Sandtrooper armor and helmet with signature weathering effects, a highly detailed survival backpack, 3 types of blasters, a Patrol Droid as seen in the Special Edition of the film, and a specially designed desert-themed figure stand.

Expand your Imperial army today with this amazing Sandtrooper!